I recently had the chance to sit down with Rachel McAdams along with 24 other Bloggers in LA for an amazing interview full of insight, fun, and laughter. Rachel McAdams was really down to earth you can see her passion shine as she spoke about her upcoming role as Dr. Christine Palmer in the film Doctor Strange. Here is the up close and personal interview with Rachel McAdams.

How is joining the marvel universe what is it like?

It was everything I had hoped for any more I assumed I would being working with the crème de la crème and I was so it was just great to be in such great hands from costumes to everything was just well so done so beautifully thought through and well crafted.

Fun Fact: There were real things on fishing wires to scare Rachel during certain scenes while filming on the set.

Have you seen the film?

I seen earlier cut, but the film was half way done.

Fun Fact: Rachel McAdams went on to say “I love how trippy it was”

What did you have to do to prepare for your role?

Yes I am a little funny when it comes to blood and guts, but my Mom is a nurse so I kind of grown up around medicine which is why I probably became an actress instead. I did get to shadow some amazing brain surgeons, a female surgeon in Toronto, another surgeon in London and then we had a surgeon on set every day. So he taught me how to do suturing and was practicing on raw turkey breast that was interesting, oranges that was little easier to take in my purse so I could practice everywhere I went. I read this really great book called “Do No Harm” by Henry Marsh who’s a world famous brain surgeon which was  a phenomenal book and really like eye-opening when it comes to you know being your own advocate when it comes to your health. And I thought it was so funny, he said the number of people who don’t ask me how many times I’ve actually done the surgery I’m about to do on them is extraordinary. It gave me some good insight into things, questions to ask if I was ever in that position. I got to learn a lot. And one of the doctors offered to take me up in the EVAC helicopter for the weekend. So cool right? But I’m terrified of flying. And I’d have a weak stomach. So I was like, I actually think for the sake of everyone I should decline this really generous offer. So I didn’t unfortunately get over my fear and do that. 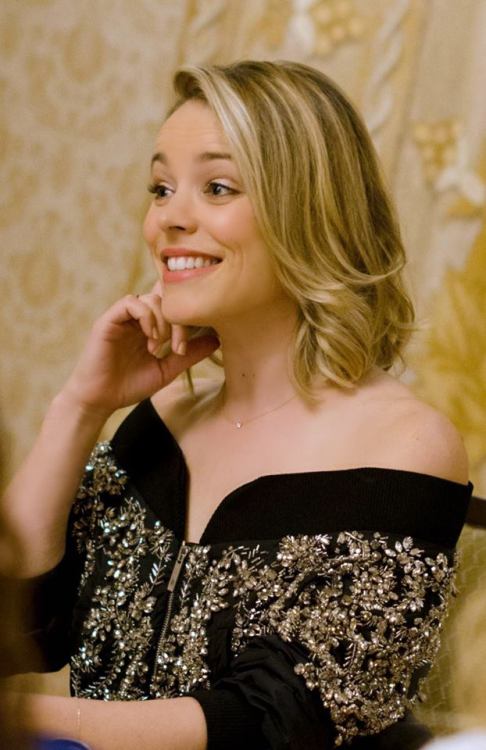 Was it like to be in scrubs while everyone else was in costume?

I loved it so comfortable I get to wear orthopedic shoes every day.

Fun Fact: Rachel McAdams was a little jealous of the levitation cloak worn by Doctor Strange in the film. No one on the set was allowed to touch the cloak.

Is there a superpower that you would like to have?

I would like to be invisible because I’d love to go into people’s houses and see their interior decorating. Don’t you guys! Like when you’re driving at night and you can kind of see through the window and you think, oh that looks so cozy in there. I wish I could like get a free pass. Yeah, so that’s probably the one I’d pick. I’d be a total creeper”

Rachel McAdams plays the role of Dr. Christine Palmer who is a highly skilled trauma surgeon, who is not only Dr. Strange’s colleague but a friend as well. When the devastating accident that crippled Strange’s hands takes a toll on their relationship, Dr. Palmer comes to realize that Strange needs to rediscover his worth on his own. But she never dreamed of the unlikely path that he would one day walk—or how it would come crashing back into her own life. 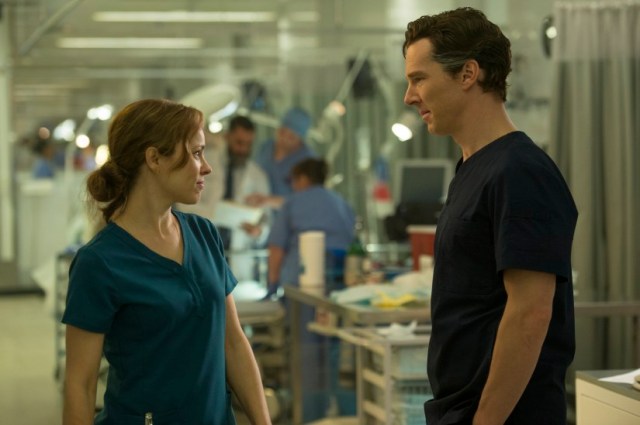 Marvel Studios: Hero Acts is a brand-new charitable initiative focused on bringing help and hope to kids around the world. Whether visiting children in hospitals, granting wishes to children with life-threatening illnesses, or inspiring kids and families through our content, Marvel Studios: Hero Acts builds on the tradition of lending a hand to children in times of need. From our filmmakers to our fans, we believe we each have our own superpower to lend to the world, and Marvel Studios is dedicated to bringing that out in everyone.To find out how Hero Acts is helping kids around the world, visit our News page.

Through December 31, 2016, Marvel Studios will donate $5 to Save the Children, up to $1,000,000, for every fan who uploads a photo in their favorite Marvel hero pose. Head on over and support a great cause http://marvelstudiosheroacts.com/#/