“You can kind of place it on the border of DRC like right above Burundi and Rwanda. So there was like Kibuye was there, Kenya, Uganda, above Uganda, Sudan. So, that’s sort of where we are. And we also took from Omo Valley tribes in Ethiopia. So you go down a little bit, but we wanted to keep it sub-Saharan. We wanted to keep it very specific. We reached into Western Nigeria which you’ll see in the film a lot. 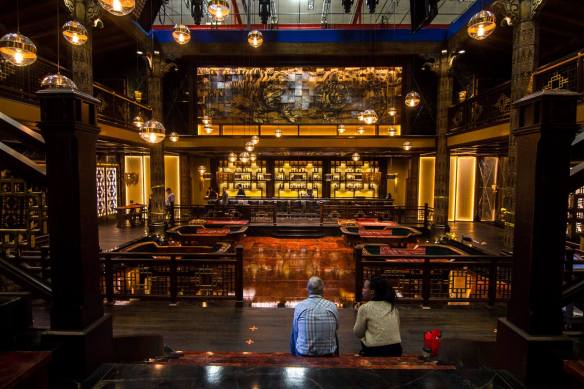 I did reach into Nigeria, Lagos. Did a lot of research in Nairobi and the bigger cities around Kenya in South Africa, Joburg, Cape Town just for some of the architecture. So, that’s really where my process started really big. Where are we? And then it was like what is the topography of the land? Next step is where does each tribe live on that land and why? What is each tribe’s history? Sothen I go down and dot through each tribes’ history, and like this is why they live here. There’s a story and a reason behind every single thing you see on that screen coming from me and coming from Ruth. 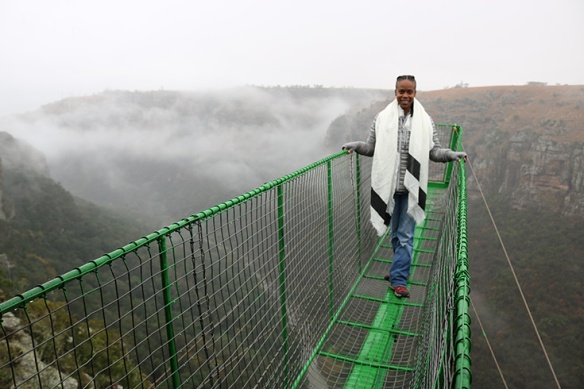 Every single tiny, little detail I’m getting chills because it really is  and really meaningful and thoughtful and everything that we did the colors to every little thing. I think we were in a couple like really personal spaces if you look around, you’re gonna see that character. I think a lot of the process for me was taking big spaces and making them feel intimate. Because that’s how the continent felt to me when I was there. When I was in South Africa there’s an intimacy and that comes from the culture and the people. So, that’s really where I started research and development for that entire time that we were on there.”

“It was really a matter of me starting out being a really good listener getting into what they had done and understanding what they had done. I was in Hannah’s office sitting across from her like let me see everything and she said I’ve got this manual. I did and it outlines everything. I open it up and there’s like a map of Wakanda. It has a royal palace in the middle.

It has districts of that are explained to the hilt. I was like how long did it take you to do this manual? Everything is written out. The Insivity language is in there and you know what it means. So, I bring the manual back to my team and I’m like, everybody, study this. Study this! Study this! We are going to call these districts by the names that they made up in the office. I want boards! I want images! We were looking at Afropunk. We’re looking at modern fashion. We’re moving everything forward. Everything has to be beautiful. We are not going to lie in any stereotypes at all. Whatsoever and we want to present this world as a kingdom. What if Africa was not colonized? This is what they would honor. And you see these images of the Himba girl with her leather drape on and her Himba paced all over her skin and her costume, and she’s pushing like a grocery cart in like a little convenience store. This is like a real photo that I saw. 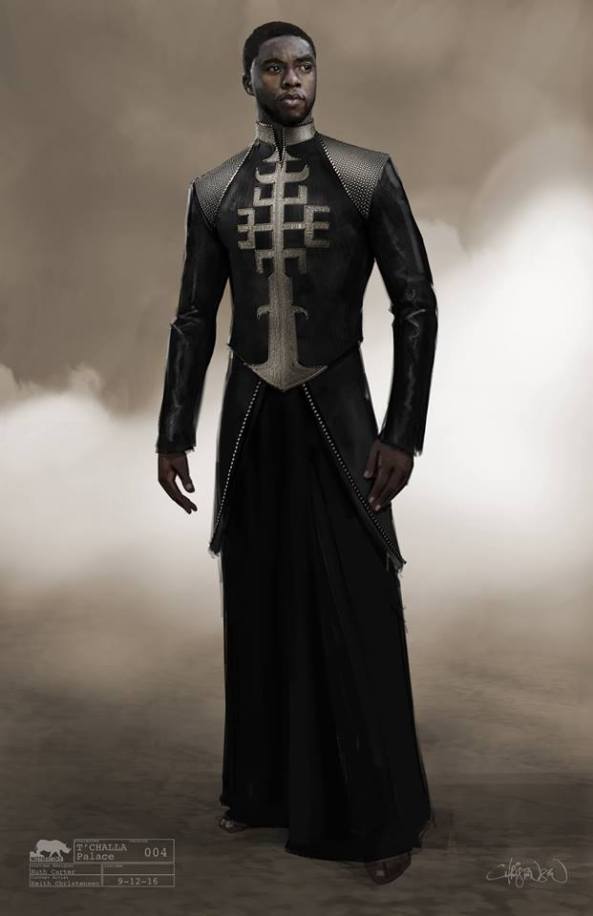 I thought, wow, this is like really cool how you can mix ancient indigenous tribal culture with modern. We don’t want to make a documentary. This is a futuristic place. This is a place that has the richest mineral known on earth, Vibranium. They’re aware of their richness. So, let’s just move that forward. Looking at Afropunk those images that you see on your phone going through your Instagram you see that beauty. That’s some of the beauty that we wanted to infuse. When you see the Dora Milaje, you see the Maasai tribe, you see the Himba.”

Fun Facts I Learned During The Interview with Ruth E. Carter & Hannah Bleacher

Fun Fact: Ruth E. Carter office was on the top of floor of an entire building, and I’m telling you it was ginormous. The team did a vision board. A display of Masks from all different tribes. On site were seamstresses, leather workers, jewelry, metal workers, and mold makers. A store where that represents the black culture.

Fun Fact: Based on Ryan Coogler’s trip to South Africa and to the Lesotho Village where he stayed he fell in love with the blankets that would be worn by the entire army of 300. Each blanket was laced with Vibranium so the team silk-screened the silver patterns that you see the movie. A note was sent from Marvel and Ryan that the blankets were too thick. So they decided to burn the blankets.

Fun Fact: When it came to styling T’Challa “the king is royal. The decision was made that the panther suit was going to be a newer technology, more streamlined, more beautiful, less for us than the Civil War one was. That translates into his everyday wardrobe things that I felt that would be body conscious.

Fun Fact: Ryan Coogler. Saw this beautiful dashiki that had a gorgeous embroidery pattern on the front and recommended it be worn by T’Challa.

Marvel Studios’ “Black Panther” follows T’Challa who, after the death of his father, the King of Wakanda, returns home to the isolated, technologically advanced African nation to take his rightful place as King. But when a powerful old enemy reappears, T’Challa’s mettle as king—and Black Panther—is tested when he is drawn into a formidable conflict that puts the fate of Wakanda and the entire world at risk. Faced with treachery and danger, the young king must rally his allies and release the full power of Black Panther to defeat his foes and secure the safety of his people and their way of life.

GIVEAWAY CLOSED THANK YOU FOR SHARING YOUR ART SKETCHES! THE WINNER HAS BEEN ANNOUNCED