I recently had the chance to meet and interview “Dancing with the Stars” Pro Dancers Brandon Armstrong, Gleb Savchenko, and Alan Bersten. This is experience was beyond my wildest dreams so dance on in and check out my favorite interview moments.

Fun Facts About Brandon “I’m more like an all-styles kid. I trained like in jazz, contemporary, hip-hop, ballet growing up mainly. I did ballroom with another pro on the show, Lindsay Arnold. We were ballroom partners I definitely more of like an all-styles kid, hip-hop, and contemporary.” Brandon performed on Dancing with The Stars for the first time when he was thirteen.”

Fun Facts About Gleb “I mainly train in ballroom dance and standard. I started when I did a then I picked up all the different styles. We do contemporary, jazz and hip-hop or whatever. It’s more like commercial, but mainly ballroom.” Gleb is also the Pro Dance LA owner and operator with his wife Elena Samodanova.

Fun Facts About Alan “I danced ballroom when I was seven years old and then I auditioned for “You Think You Can Dance”. That really broadened my horizon now I’m lucky enough to be with these guys on Dancing with The Stars. Every day we learn something new and it’s a lot of fun. So, even though we’re professionals on the show we’re still learning a new style every time we get a new song we’re changing things up.”

Any photo’s pictured beyond this point belong to ABC

The Guys Share There Favorite Dancing With The Stars Moments

Brandon Armstrong “My favorite was this season, my first season as a pro she was amazing. I think our favorite moments, we did an Argentine tango, that was like very much my style. It wasn’t traditional, it was to a different song, and different type of vibe. That’s like my style as a pro on the show that was one of my best.

Alan Bersten “Honestly, my best moment was joining the show it was a dream of mine when I was younger. I was watching the show with my grandpa and it was so nice to like maybe one day I can be there. Then one day I got here and it’s honestly a dream come true every moment on the show is my favorite moment as cliché as that sounds.”

Where Do The Guys Go To Get Fresh New Dance Ideas

Alan Bersten “I feel like we’re fairly newer on the show this is my third season. I feel like the songs kind of inspire us, partners inspire us. So, every season is a different season because what I’m doing with Alexis I couldn’t do with Mariah or Debbie. So, every season you get an inspiration from your partner.

Gleb Savchenko “When you create there is their journey you’re really learning a lot about them. Where they come from, what they do, why they’re doing the show. Kind of like each week is telling a story about before the dance. There’s a lot of different things that goes into that minute performance and it honestly like Gleb said it’s all about the celebrity.”

Brandon Armstrong “Our job is to make them look good.”

Alan Bernsten “It’s about journey that they take us on says something important that you are always learning.” 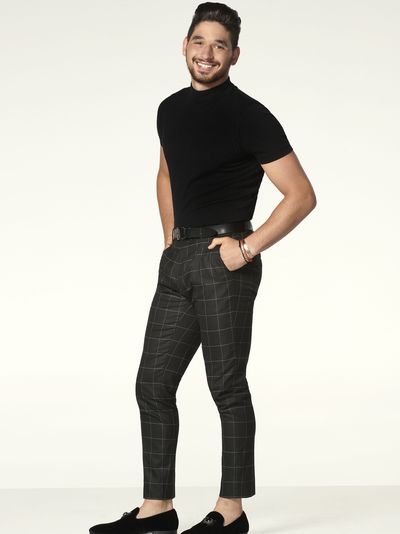 Brandon Armstrong “Ballroom I grew up competing in ballroom, but I wasn’t like this sort of elite level ballroom dancer. So, when I came onto the show I was on troop for three seasons. I would just sit, watch, and analyze things trying to figure them out. I’m constantly trying to get better in hip-hop, contemporary, and ballroom. You know even the world’s best ballroom dancers are still taking lessons.”

My Favorite Quotes From The Interview

Alan Bersten “These people are the best at what they do but they are so vulnerable and dancing. So, it’s like we have to be there as a support system and their trainer.” 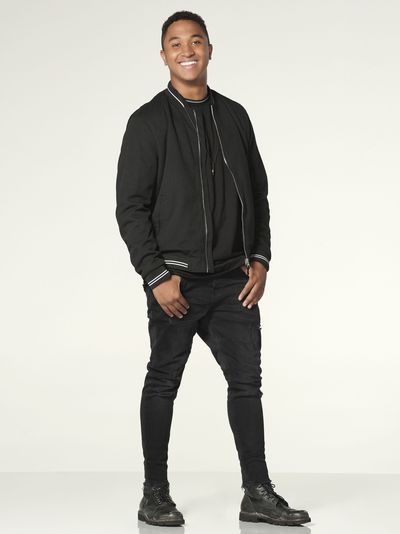 Details On Next Weeks Show

“Juniors Choice” – The seven remaining celebrity kids have each been tasked with choosing the song they will dance to as “Juniors Choice” night comes to “Dancing with the Stars: Juniors,” SUNDAY, NOV. 11 (8:00-9:00 p.m. EST), on The ABC Television Network, streaming and on demand.

While some of the songs chosen were favorites of the celebrity kids, others held some kind of special meaning to them. Each couple will perform a Charleston, jazz, cha cha or samba. At the end of the night, there will be an elimination. The studio audience vote is combined with the judges’ scores to determine who goes home at the end of each episode.

Also keep an eye for “The Nutcracker and the Four Realms” inspired dance routine coverage and In-Home/Blu-Ray.

TV’s biggest dance show returns on tour this winter with “Dancing with the Stars: Live! – A Night to Remember” Kicking off December 15th in Columbia, SC, the show will feature fan favorite professional and troupe dancers in a brand-new production showcasing every type of dance style as seen on ABC’s hit show Dancing with the Stars, ranging from ballroom and jazz to modern and hip-hop. Choreographed and creative directed by Emmy Award-winning choreographer Mandy Moore and Dancing with the Stars Executive Producer Ashley Edens-Shaffer, audiences will have the opportunity to experience the excitement, glamour and glitz they see in the ballroom every Monday night live in theatres in their hometowns.

Tickets for “Dancing with the Stars: Live!” are on sale now. To purchase tickets and to get the full list of tour dates, please visit dwtstour.com. VIP packages will be available through VIPNation.com, giving fans the chance to purchase premium tickets, meet and greet opportunities with the cast, exclusive merchandise and photo opportunities.

“Dancing with the Stars: Live! – A Night to Remember” is produced by Faculty Productions in association with BBC Studios.

Tickets Are Now On Sale!