Disclaimer: This post is sponsored by Role Mommy Writer’s Network.

I recently had the chance to sit down and chat with Chris Evans about the movie “Gifted”.  Along with 10 other Bloggers Chris shared with us his experience while on the set filming with McKenna Grace and much, much more. Checkout the amazing interview with Chris Evans and details on his role in the upcoming film “Gifted”

How was it working on the movie Gifted?

It was fantastic; there were a lot of great people, a great script, a great director.  It was one of those films that you hope others can be just like, that we felt like a family by the time we wrapped.

Can you go ahead and speak a little bit about what it was like working with the director, Marc Webb?

Sure!  He’s great I think these kinds of emotional, character-driven pieces are his specialty, and he certainly is an emotional guy himself.  The best thing about him is that you feel like you have an ally on those heavy days because if you’re becoming emotional in a scene, there’s a good chance when they yell “Cut” and you look over at him he’s probably shedding a few tears.  He’s very much in touch with his emotional side and very curious about the human condition and human experience, and I think that’s what he’s constantly looking to show in all his work. 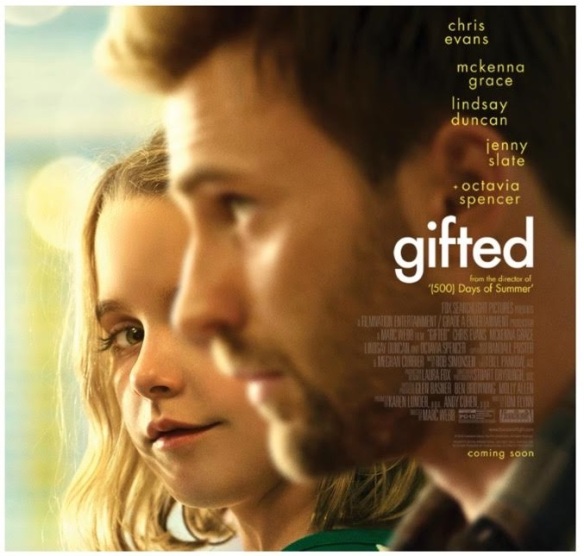 If you could describe the film in three words, what would the three words be?

Oh man, in three words I don’t know.  Family, maybe heartfelt, and oh man, humor is such a boring word I guess I can’t think of anything more clever.  I don’t know that it can be summed up in three words, a lot is going on.

How did you get the cat on a speedboat, and who owns him?

Very carefully, is how you get him on a speedboat he was not happy at first.  I don’t think he ever actually became happy, to be honest, he was never happy on that speedboat.  And I’m not sure who owns him.  He had trainers with him all day, and I guess those trainers owned him, but I don’t know who his owner was.

Chris, can you speak a little bit about what it was like shooting on location, what were the conditions like day to day?

It was great.  We shot in Savannah, and it’s a beautiful city, and we shot in September, October, so the humidity had begun to break, and we beat the storm season, so it was the perfect time to shoot it was gorgeous.

If you hit a bully on the bus what would you do?

I think it’s got to be a case by case basis.  Sometimes I think it’s important to not resort to violence and lead by example, by not dropping to a bully’s level. I guess there are times where someone is really out of line and if it was my kid popping them, I don’t know, it’s tough to say because I’m not a parent and I can’t exactly fully grasp exactly how I would approach each parental situation.  If it was offensive enough of a situation and my son or daughter came to someone else’s aid by popping a bully in the face. I don’t know; I’d like to believe that I would want to discipline my child and promote that that’s not the way to resolve conflicts, but maybe inside I’d be a little satisfied.

Being that you’re not a parent, how did you prepare for this role in that regard?

Well, I kidnapped a kid and just studied it.  No, I’m kidding I have nieces and nephews, and all my friends have kids, and I’m around children quite a bit, so I think I have a pretty decent sense of the parent-child relationship and dynamic for the most part. 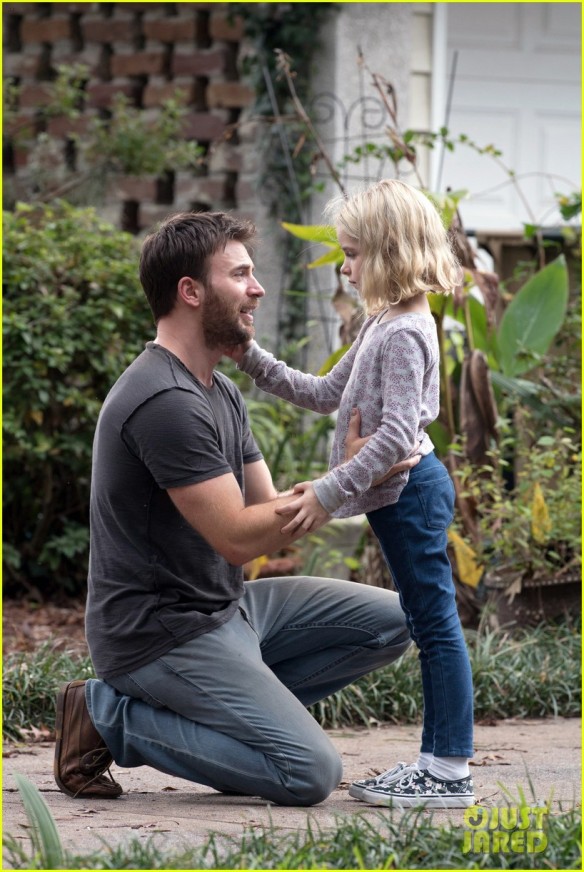 I was wondering, what was your favorite scene from the movie?

That’s tough favorite scenes for distinct reasons I’m a little bit of a sap; I like the hospital scene.  I know it’s a very tear-jerky moment.  I like that type of stuff.  I loved, it’s a scene that I wasn’t involved in too deeply, it was the scene where Lindsay Duncan is in the middle of being questioned by my lawyer.   Lindsay just has this unbelievable two-page monologue. It was so powerful watching her do it, and she had to perform in front of this whole courtroom of people.  And it’s very rare that you’ll be on a film set that after they yell “Cut” the crew applauds, so it was powerful to watch her do it time and time again.

Do you prefer one type of film over the other, was this more challenging than others?

I don’t know which one I prefer I think most actors are somewhat material by nature, and we follow our creative appetites, and they tend to shift with the wind.   So, sometimes you enjoy those big studio films, and it’s fun to play make believe wearing a costume. Throwing a shield and punching out aliens, and then sometimes you want to tap into something you’re a little bit more familiar with in your personal experience, and you want to go subtle and more internal.  So, I don’t know that I prefer one to the other.  I think I prefer the pacing of a smaller film, all acting aside, just the logistical approach to making a smaller film, you have to shoot more stuff per se, you don’t have the luxury of time and money.  On a bigger film, there’s a lot of sitting around, there’s a lot of waiting, and sometimes that can become a bit tedious.

So, what words do you have for busy moms, busy parents who often wait for movies on demand?  Now a lot of us are big Chris Evans fans, but what is your quote on why we should take our families and friends to see this film in the theater and not wait for it to come out at home?


I don’t know that I can speak to this film. Specifically, I can speak to the cinema when I was a child one of the most wonderful memories I have is going to the movies with my family.  Obviously, you can enjoy the film at home, but the experience of going to the movies, the act of spending time together, especially with this subject matter, is some of the things that I found when I was a kid to be some of my most impactful memories.  I have wonderful, vivid memories of being with my family at some of the best movies I had ever seen in the theater, and I don’t know, the car ride home was always so wonderful after a movie, just having everyone energized by what they just saw and sharing their thoughts and opinions.  And there was just something about the actual act of leaving your house; I think it’s the ceremony, that I think is romantic in a way.

What was your favorite moment when working with McKenna?

Tough to pick just one she’s got a great personality.  She always has energy and full of life.  She’s nine, so I don’t know she’s just a little ball of happiness, always smiling, knows everybody’s name.  It’s nice to be around that on a film set because you remember how much fun this job can be.  I’m fully aware how lucky I am to do something that I love, that’s such a rare thing, but it’s a wonderful reminder to know how much fun this job is, not just lucky and unfortunate, but truly just fun.

If you could go back to school for anything, what would you study?

If I could go back to school for anything maybe carpentry, and that may sound strange, but I’ve always had a real interest in, I like any artistic endeavor that has an autonomous nature.  And I love acting but it’s very much dependent upon a lot of other people, I can’t wake up on a Saturday and just act in my kitchen, I do, you just look a little crazy doing it.  There’s something about carpentry; there’s something about being alone with your thoughts and the tools in your hand, I don’t know, there’s a simplicity to it, something beautiful, something’s always really struck me about it.

Frank Adler is a single man raising a child prodigy – his spirited young niece Mary – in a coastal town in Florida. Frank’s plans for a normal school life for Mary are foiled when the seven-year-old’s mathematical abilities come to the attention of Frank’s formidable mother Evelyn whose plans for her granddaughter threaten to separate Frank and Mary. Octavia Spencer plays Roberta, Frank and Mary’s landlady and best friend. Jenny Slate is Mary’s teacher, Bonnie, a young woman whose concern for her student develops into a connection with her uncle as well.

10 thoughts on “An Exclusive Interview With Chris Evans #GiftedMovie”