Sophia Bush plays of the voice of Voyd a young “wannabe” superhero. I think she did an amazing job bringing the Voyd character to life. During the interview, Sophia Bush is upbeat, positive, and very inspirational.

Sophia Bush entered the room glowing with a smile from ear to ear her outfit was strikingly gorgeous I loved the color.  To kick off the interview inquiring minds had to know how things went during in the studio while recording with Brad Bird.

What’s interesting is you go in and Brad Bird is in the room. He’s such a phenomenal director and he really got the movie put together in his head. So, I’m guessing obviously knowing that Holly and I are gonna be having a conversation in the way that you and I are. I have no idea how she’s talking, how fast she’s talking, how loud she’s talking, what her intonation is. So, I have to think about what’s going on in the scene and kind of guess. Brad knows what it takes he’s I’m throwing things at him which take of mine is right. He’s the mad genius scientist, which is awesome.

Sophia Bush spoke candidly about her thought while recording with Brad and her work in the community as an advocate who encourages young women.

For me, I had to think a lot about who this girl is. You know, Violet is a teenager. Voyd is a young woman and she represents to me so many of the girls who I spend so much of my life talking to. Girls that are in high school, college, post-college, trying to figure out who they are. The way that I related it was this, I thought a lot about being a young girl in this world of the Incredibles, who has powers, who thinks it’s the coolest, and then you see people like you become illegal. Your parents tell you, you have to hide who you are because you could be jailed, killed, or subject to harassment. 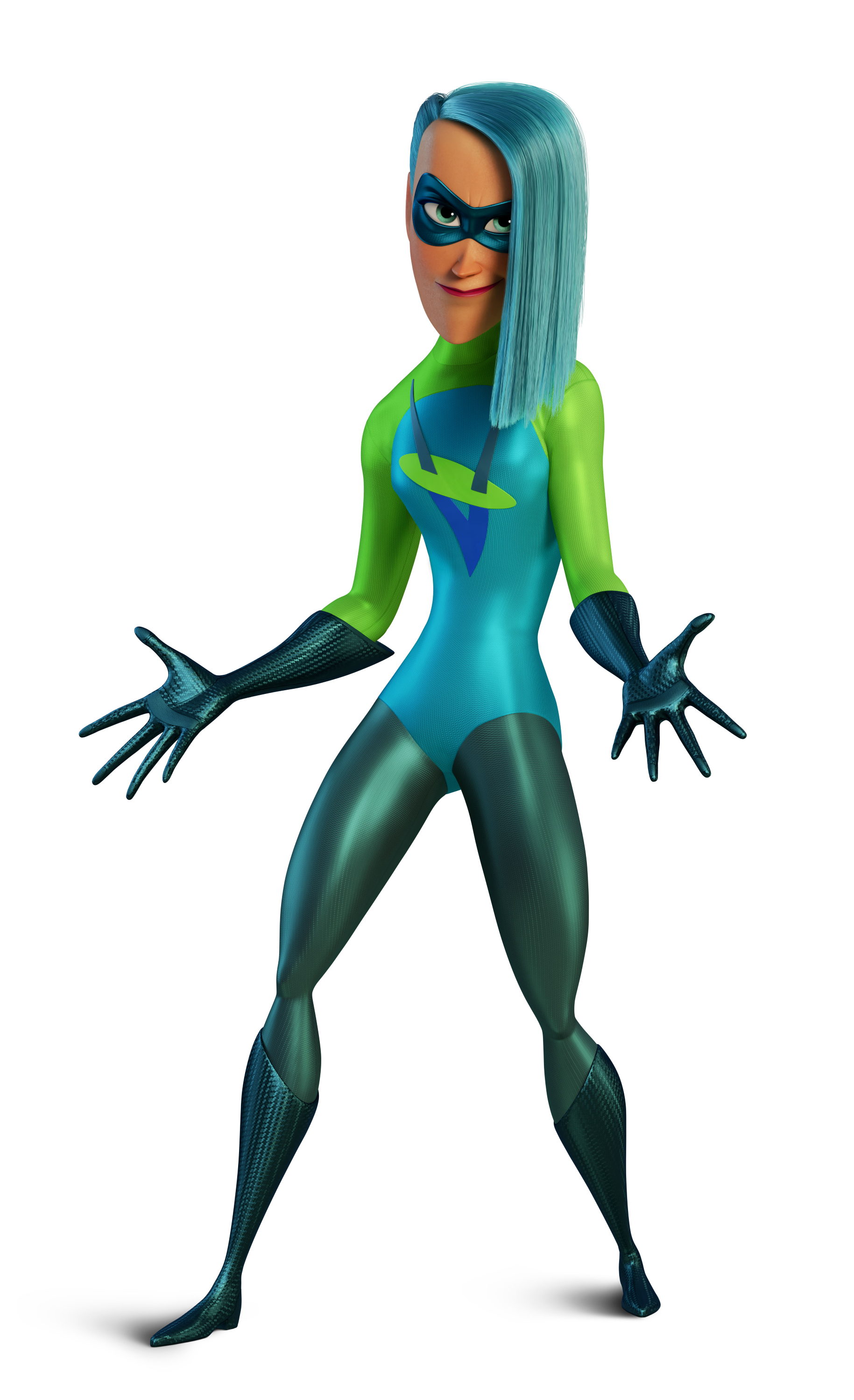 I thought about listening to my sweet superhero friend herself, Debra Messing talks about what it was like when Will and Grace were on the air. The would meet these young gay kids from small towns where they maybe were the only gay boy or lesbian girl, and they were shunned and they were judged. They would meet Debra or Erica McCormick over and over again these kids would say I grew up in a place that didn’t accept me I saw you on TV and your character taught me that everything was gonna get better for me and that someday I’d get to be who I am.

Elastigirl girl is Voyd’s, Debra Messing. She is that idol who made this girl who had to dim her light for so long feel like eventually everything was gonna be okay and you see her expressing her identity. Like, she has turquoise hair and a side shave. This is a bold expression of her inner radicalness, but she’s had to hide her biggest magic. And she gets to meet the person who made her feel like one day it was gonna be okay. And that made everything about why she just couldn’t figure out how to hold it together.

Like really personal for me because it was something that ’s a fight I’ve been a part of in my real life. It helped me own the moment for this sweet girl in the recording booth.

Sophia Bush is a woman who’s heavily involved in activism for women in Hollywood so it was important to highlight her reaction when she found out that this was like a strong women’s centric movie. Her response told a lot about her passion and her awareness of issues that women face today.

Well, I told Brad he’s clearly psychic because this movie was three years in the making. So, this was pre the Time’s Up conversation being had. This was pre a lot of these studies about gender parody and even current stages of pay disparity, our lack of paid family leave in this country. Even when we look at some of the statistics that have come out about how many dads are actually now the stay-at-home parent, how many women earn equal to their male partners, how many women are actually the primary breadwinner in their households.

Brad was like I mean I don’t know I just thought it would be funny to freak Bob out is always his public answer, but then we’re talking backstage. My wife’s a superhero she’s the coolest woman I know. I think it’s so important to be grateful at a time like this to our excellent male allies because it’s like we’re not looking to burn all men at the stake. We just wanna like throw the trash out.

So, this film was ahead of its time in a way when it was written and when it began. I think it’s so smart because a lot of these conversations when we talk about the data around gender people are like oh my God. Especially people who don’t agree with us, who don’t wanna hear about race, who don’t wanna hear about sexual orientation it makes them tense. This movie manages to talk about identity and empowerment with not an ounce of tension with so much humor.

It welcomes everybody to the table. I’ve not heard a single guy that’s like a woman’s movie. They love the movie because women’s issues are just life.  It’s not they’re just issues. They’re everybody’s issues and these are family issues. They really are for everyone and so, I think it’s really refreshing in a time where people are a bit tense about where all of this goes from here to remind them that it can go to a place like this, that instead of othering people we should welcome everyone to the table, because if everyone puts their own personal brand of magic on the world, the world gets better. I feel like we need to make Congress watch this movie.

When be cast for a role there doesn’t seem to be a set process in place which intrigues me. Years ago Sophia Bushes spent time at Pixar to learn code hearing this made my day. Anyhow her past prepared her for the opportunity to score an invite to join the Incredibles 2  and Pixar family.

I opened my email and there was this letter from my agent, and I sort of started having an outer-body experience and like couldn’t figure out what I was reading, because I got very emotional. I opened the PDF, and the scan that was attached to it was the actual letter from Brad Bird on Pixar letterhead offering me the part telling me who Voyd was asking me to come and join the Incredibles family. And at the bottom of the page are all of the Incredibles family in like this beautiful 2-D drawing.

I screamed so loud the whole restaurant turned and looked at me. I was morbidly embarrassed and very excited. I asked him, I said I don’t understand how this happened. Years ago, you came up here to learn about animation, I spent a day like asking all of the animators crazy questions about code, like a total nerd. It was the best day of my life and they have a great care there, so lunch was also very nice.

They take samplings of your voice from other jobs. So, they basically cut generic enough sentences of your dialogue. Then cut it together with the other actors in Pixar films and figure out who’s voice they like the sound of your voice with. They liked me and Holly’s voices together I was like she’s a queen I am dead great all of my dreams have come true. 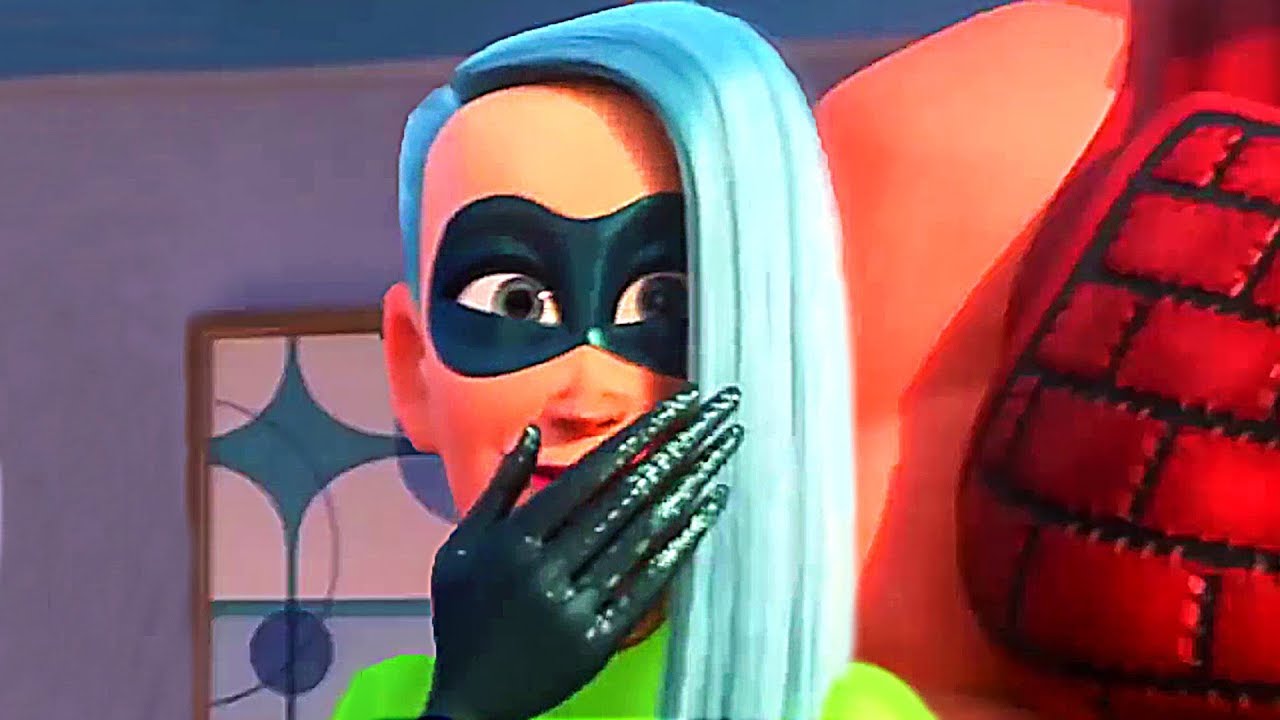 I recently returned home from an amazing press junket featuring the Incredibles 2. check out the Incredibles 2 Collection,  interviews with the first female director of a Pixar short “Bao“, Evelyn and Winston Deavor, Frozone, Violet and Dash, Mr. Incredible and Elastigirl plus in the inside scoop on Pixar Fest at Disneyland.

1 thought on “Incredibles 2: An Exclusive Interview With Sophia Bush #Incredible2Event”